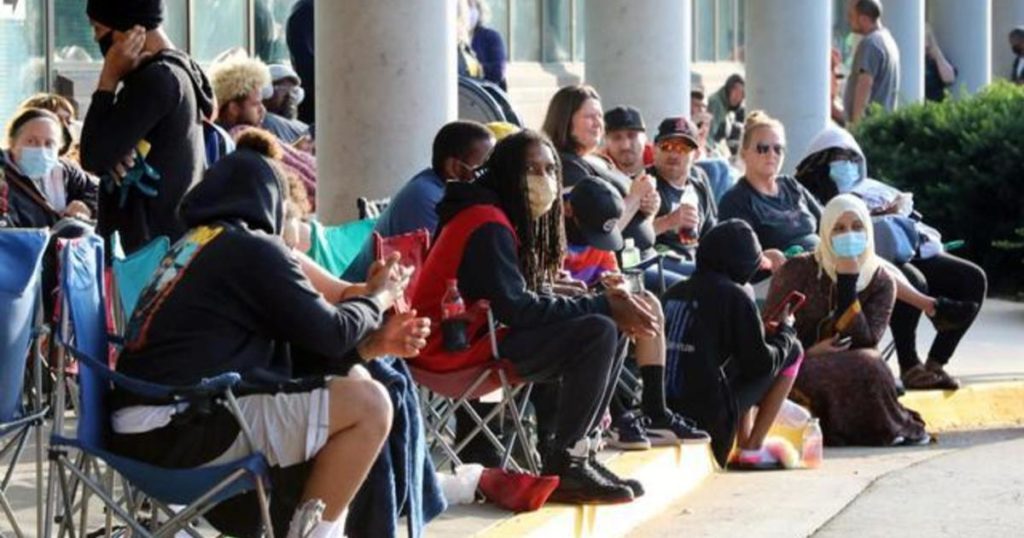 Even as Congress managed to come to an agreement to extend the financial relief for jobless Americans, several millions of them could see their unemployment benefits lapse during Christmas. It may take several weeks for the aid to reach the beneficiaries due to the outdated systems of the States.

According to experts, close to 12 million Americans would have been affected if the benefits were not continued with the help of new legislation. The Senate and House are expected to debate further on Monday and vote on the package.

Experts feel that this was stretched too much and the Congress should have acted before Thanksgiving to avoid any sort of lapse in jobless aid. If the Congress delays any further, more than 12 million Americans are set to suffer from losing jobless aid during this crisis.

According to some estimates, the delay in receiving the benefits could be as big as eight weeks in some states. The minimum delay is around three weeks even if states are well prepared to handle this situation.

Millions of people who are expecting to get the extra $300 benefits during the new year will be disappointed as they have to wait longer than that to get the aid into their accounts. The holiday season coupled with outdated systems of some states are said to be the reason behind this delay in allocating the funds.

Political analysts feel that there are some difficulties with regards to programming new benefits into the computer systems and this can get further delayed during the holiday season.. The state administrative systems are not having enough resources and the technology that is needed to add new programs in short notice. This sounds illogical considering the technical abilities of US tech companies. The state governments must make use of the available technical resources in the country to develop their systems.

There are several hurdles for even those states that are prepared to roll out the benefits at the earliest. Even though they have kept their systems ready as they were anticipating such relief packages coming in the near term, they are not able to engage the system until it becomes official. The final meeting on Monday will make it official and only then can the systems begin the rollout program for the beneficiaries.

The number of people applying for unemployment benefits increased to about 885,000 and thi is the highest number since September. Many analysts had expected a lesser number for this week but they were surprised to see this at a high level. It is mostly attributed to the rising number of coronavirus cases across the country. This has led to several businesses shutting down temporarily and many states have issued stay-at-home orders for the next few weeks. Even the festival shopping is subdued this year due to the pandemic.

Soon after the pandemic started in the month of March, the CARES Act created two programs to provide aid to jobless workers. The government expected that the situation would be under control by the end of this year and set the deadline for the program on Dec 26. The benefits will be ending this month and the new benefits are unlikely to continue immediately due to lag in the systems.

The Pandemic Unemployment Assistance program which was aimed to provide relief to self-employed and temporary workers was given a package of $600 per week that continued till July.

As many people have already used up their state unemployment aid, they have now moved to the Pandemic Emergency Unemployment Compensation program that provides additional relief for 13 weeks. The states usually offer benefits for jobless workers for 26 weeks.