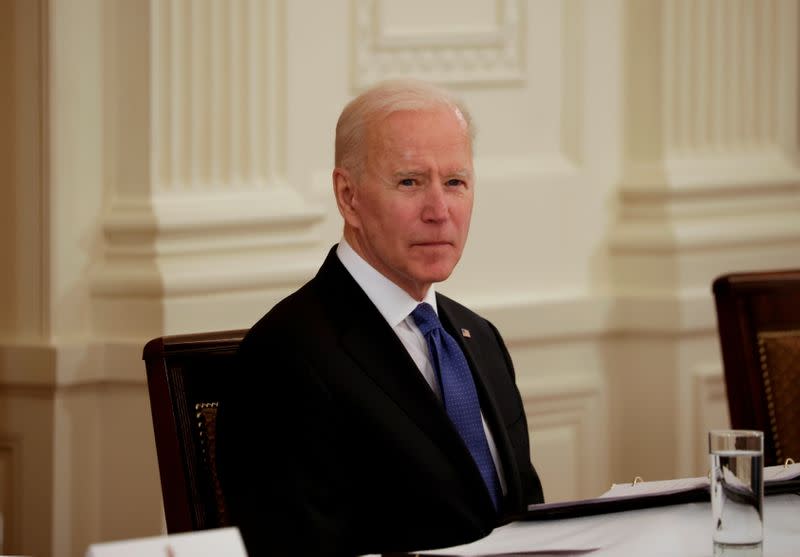 He said he had held back plans for purchase of new equipment and hiring 15 additional staff to the 85 he currently had. He was now waiting to see how the administration’s regulatory plans worked out.

Faced with a similar situation, Kalena Bruce a Missouri farmer had put off expansion of her cow herd over concerns that administration officials would add to the types of water bodies that needed protection from farming activity to include ditches that filled up with water during heavy rains.

Cincinnati-based owner of marketing agency, Mark Homer, voiced concern that thanks to Biden’s revamping of a rule brought by Trump, that made it easier to hire independent contractors he may have to let go many of them hurting his capacity to service new clients.

Biden’s first few weeks in office were marked by a torrent of executive actions, that served to stall or review steps President Trump’s administration had taken to ease climate change regulation and loosen labor protections and workplace safety.

According to commentators, the efforts were shining a fresh light on an old question-did regulation hurt job growth and economic development?

Trump claimed the sweeping deregulation he launched, which undid Obama-era rules had driven the growth of the economy before the pandemic. Republicans had traditionally argued that cumbersome federal rules forced firms to seek legal avenues, spend hours on paperwork or install costly equipment, including pollutant filters, that left them with less money and time to grow and run their businesses.

According to commentators, Biden appeared determined to undo much of the Trump legacy, aimed at as he said promotion of safety and public health, social welfare, economic growth, racial justice, human dignity,  environmental stewardship, and the interests of future generations. Indeed, the debate about whether regulation restrained the economy failed to consider the social benefits of new rules, which theoretically would outweigh the financial costs.

Not many Republicans would agree.

Representative Blaine Luetkemeyer, Republican, Missouri and House Small Business Committee ranking member wrote in his letter to Biden and other administration officials on  April 12- unfortunately recent actions undertaken by the President’s office threatened the security of a streamlined and pared back regulatory landscape that had contributed directly to the growth of small businesses before the pandemic.

According to surveys by the National Federation of Independent Business, late in Obama’s term the share of small businesses that called regulation as their single most important problem stood at about 20% which fell to 11% in August during Trump’s term. That share rose from 14% in late 2020 to 15% in Biden’s presidency’s early days.

According to Democrats and many economists, companies made decisions on expansion and hiring based on customer demand, not regulations. Several recent studies had concluded that some industries had benefited from Trump’s deregulation, but others had been hurt with little effect on the overall economy.

According to Cary Coglianese, director, Penn Program  on Regulation at the University of Pennsylvania Law School,  and co-author of one study, if Trump’s  deregulatory moves had not been  a  major factor  in expansion of the economy, then reinstating those regulations (under Biden) would not impede economic growth.

According to Trump supporters, it was difficult to measure the economic impact of toughening or easing. They point out that the tax cuts and deregulation under Trump had set free the animal spirits of U.S. businesses and provided them the confidence to hire and invest.