BMW Unveils The i4, The Latest In Its Lineup Of Electric Cars 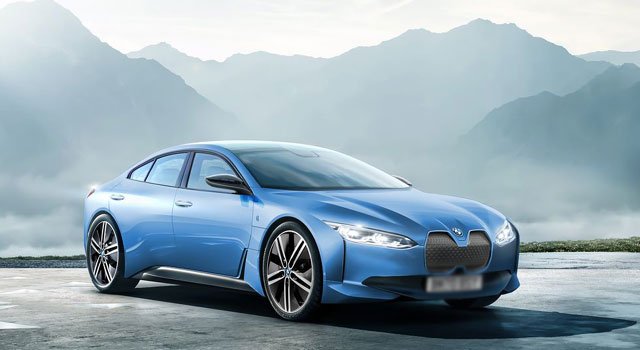 BMW on Wednesday unveiled the i4, the latest in its lineup of electric cars, CNN reported. Also, even as the luxury automaker planned to add more electric vehicles to its stable, it would continue to make cars with gas engines into the foreseeable future, the company said.

BMW Unveils The i4, The Latest In Its Lineup Of Electric Cars

He added that the company could not find customers for the vehicles in the 140 markets it operated in; it would stop producing them.

According to commentators, this marked a departure from some of the other major automakers. While not committing firmly like other carmakers, BMW appeared to be keeping its options open. General Motors had said it plans to sell only zero-emission vehicles by 2035. Volvo announced in a recent communication that is intended to become a fully electric car brand by 2030. BMW seemed unwilling to provide a timeline on when or if it at all intended to become an all-electric carmaker.

However, at some point, BMW would need to make a decision with some countries and states pushing plans to ban internal combustion-powered car sales at not a very distant date into the future. As also the US state of California, Great Britain had proposed to ban sales of internal combustion-powered vehicles, including hybrids, by 2035, and Norway was targeting 2025 as the deadline for new passenger cars and vans sold in that country to be zero-emissions.

According to commentators, the luxury carmakers strategy had long been to integrate flexibility in its engineering. It developed new vehicles to allow its factories to shift away quickly and easily from purely internal combustion cars production to plug-in hybrids electric cars as dictated by the shifting market demand. They point out that BMW vehicles’ underlying engineering architectures were designed for rolling them out with hybrid or purely internal combustion power or electric configurations.

Zipse said the company was much more flexible than what the world they were.

According to commentators, the details of its new i4 sedan provided by the company were sketchy. The new i4 electric sedan would come with four doors on lines of the gas-powered BMW 4-series. It would be offered in versions having upto around 300 miles of US EPA-estimated driving range and capable of producing up to 530 horsepower.

The company, last November, unveiled its all-electric SUV, which was intended as the top model for the brand’s “i” electric vehicle sub-brand. The iX was supposed to be taken up for production later this year. According to a BMW spokesman, the i4 was also expected to be in showrooms in Europe later this year and by early next year in the US.

BMW would offer electric models across 90% of the market segments it counted a presence in by 2023, according to the company. Announcement and by 2030, the company expected electric vehicles to comprise around half its global sales.

One of the BMW Group’s brands, however, would be switching over to electric fully. According to the company, BMW’s Mini division would offer only electric cars by the mid-2030s.

Zipse said Mini’s small cars, driven short distances in an urban setting, were well suited to meet the needs of electric car buyers. Currently, one fully electric Mini model, the Mini Cooper SE, was on offer. The Mini Countryman SUV, a next-generation version of the Mini Countryman, would go into production in 2023 and would also be available in an electric version.

BMW also owned Rolls-Royce, the British ultra-luxury brand that sold sells cars like the Rolls-Royce Ghost and Phantom, which carried price tags of thousands of dollars.