Businesses Prefer To Wear Masks As Organizations Remain Against It 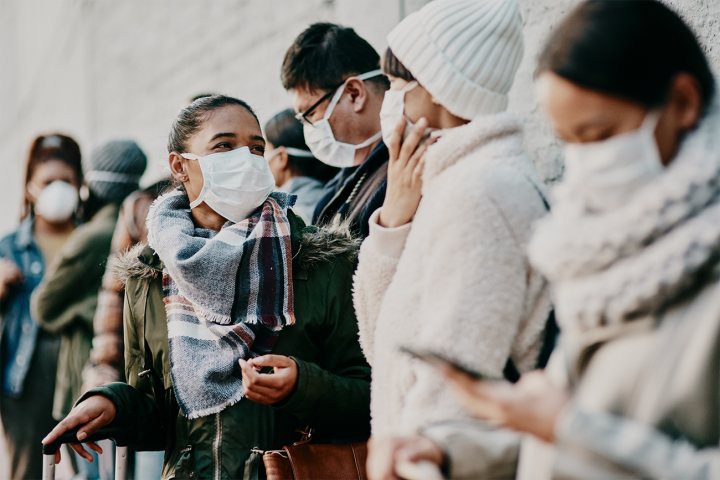 The politicians in Madison are wrangling over the statewide mask rule. But one thing that won’t change is the confusion regarding whether to wear masks or not till this matter resolves. Most of the businesses in Madison have decided that employees and customers should wear masks inside their shops. The more one can do to slow the spread of the virus until the Covid-19 vaccines are available to the public, the more customers and employees will keep the business running. This was said by Steve Baas, who is the Vice President of government affairs for the Metropolitan Milwaukee Association of Commerce.

Businesses Prefer To Wear Masks As Organizations Remain Against It

It is seen that around 60 organizations that include hospitals, various health associations and different unions have come forward against the Republican efforts. As they wanted to eliminate this statewide mandate of mask and further no groups have registered in their support. On the contrary, different business associations like the Wisconsin Manufacturers and Commerce and Milwaukee chambers who had supported the Republicans in the past for cutting taxes and government regulations, are staying out of this fight.

Baas said the constitutional demand to eliminate masks in Madson has no effect on the local mask orders. This also includes any business organization’s ability to have its own mask policy and other such safety protocols in place. From WMC, another spokesperson declined to comment on it.

Some groups like the Greater Madison Chamber of Commerce are in the opinion of removing the statewide mask rule and have registered a complaint and opposition on the same. Face coverings promote public health and help in bringing back public confidence. That is great for the safety of the businesses and helps in accelerating economic recovery, as said by President Zach Brandon.

He further added that the broader and greater Madison business association and their chamber appreciate the importance of using various strategies scientifically proven to get the pandemic under control. The state’s largest convenience shop chain, the Kwik Trip, has made masks mandatory in all of the 311 Minnesota and 454 Wisconsin stores. They have also done the same in Iowa and Illinois.

Leaders of the La Crosse based firm used the voting power and spent the time to check whether to repeal masks or to mandate it. Governor Tony Evers’ reacted to the new order scrambling. Most of the Wisconsin stores are located in areas where the local authority has mandated the masks.

So these stores need to follow the mandatory mask orders, as said by spokesperson John McHugh. The spokesperson didn’t respond to the email seeking clarification on these new rules. The email was regarding whether stores will continue to follow these rules when new rules will be mandated. Although he did say that any clarification on the same would be useless as it depends on the situation. He further added that everything, for now, has been put on hold, and they are keeping the status quo.

In all the Kohl’s stores, customers and employees must wear masks for the face, as said by Kohl’s spokesperson Melanie Reynolds. The same rule will be followed in all the stores for Woodman’s all branches, whatever the government may choose to do. They consider masks to be important. Clint Woodman, President of Woodman, said this. The state legislature reacted to repeal the Ever’s statewide mark rule stating it as an overreach of the powers given to him. The Senate passed a resolution the previous month, and the Assembly passed it on Thursday, although many people didn’t vote in favor. This fight over the mask will be continuing till the Supreme Court in Wisconsin decides on this issue.