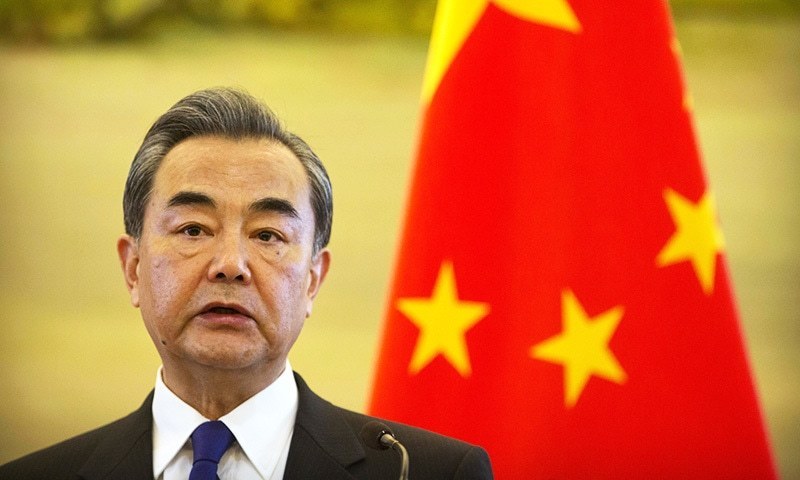 FILE - In this Thursday, April 13, 2017 file photo, Chinese Foreign Minister Wang Yi speaks during a joint press conference with the Palestinian Foreign Minister at the Ministry of Foreign Affairs in Beijing. Wang made a new appeal for calm on the Korean peninsula Tuesday, April 18, 2017, and said he believes the United States would prefer a diplomatic rather than military resolution to the standoff. (AP Photo/Mark Schiefelbein, File)
Share
Facebook Twitter LinkedIn Pinterest Email

China’s Foreign Minister, Wang Yi on Monday called the new administration to remove tariffs and sanctions on companies and abandon irrational suppression of China’s technological progress. Former US President Donald Trump sanctioned dozens of Chinese companies in the last three years citing national security concerns. Among them, Huawei is one of the most important companies that suffered from those orders, falling from the number one smartphone vendor globally to sixth place last year due to the sanctions.

China’s foreign minister, Wang Yi said that “China would like the US to remove tariffs and sanctions on companies, and abandon irrational suppression of China’s technological progress, so as to create necessary conditions for China-US cooperation. He also asked the US to support international Chinese students and remove restrictions on cultural groups and media outlets in America. Wang Yi conveyed this while speaking at a forum in Beijing with the theme, “Bringing China-US relations back to the right track”.

It’s not clear what exact action does the president of the USA, Joe Biden might take, he has maintained a firm tome since taking office about a month ago. On Friday, Joe Biden told that “We must prepare for long-term strategic competition with China”.also, Treasury Secretary Janet Yellen said that Trump-era tariffs would remain in place and that any changes would depend on China’s adherence to trade deal commitments.

In prepared remarks translated into English, Wang Yi said that “Over the past few years, the United States basically cut off bilateral dialogue at all levels. We stand ready to have candid communication with the US side and engage in dialogues aimed at solving problems.” he also urged Washington to respect China’s core interests, stop interfering in Beijing’s internal affairs and stop conniving with separatist forces for Taiwan’s independence.

He pointed to a recent call between Chinese President, Xi Jinping and Biden as a positive step. Washington and Beijing had already clashed many times on multiple fronts including trade, accusations of human, rights crimes against the Uighur Muslim minorities in the Xinjiang region, and Beijing’s territorial claims on the resources-rich South China sea.

Leaders of China and the USA remain open to cooperation in some areas, such as reducing carbon emissions. Leaders of both countries saw many positive signals and say that the two nations can work together on tackling the coronavirus pandemic and supporting global economic recovery, and emphasized that Beijing remains supportive of American businesses in China. Chinese Ambassador to the US also said Monday that Beijing and Washington must define the boundaries of their foreign policy, noting that China’s red line issues.