China’s Investment In Australia Crashed To 61% 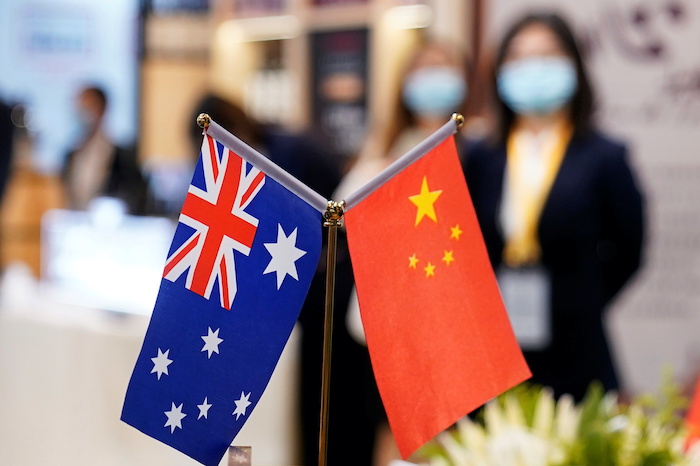 China’s Investment In Australia Crashed To 61%

It was reported at the end of last year that Australia will challenge China’s tariff on its barley exports in an appeal to the World Trade Organization (WTO). It marks the first defensive action from Australia in response to several of China’s sanctions on a range of goods this year. Beijing has imposed blockages or levies to dairy, meat, wine, and others as political tensions have worsened. This has caused alarm in Australia as China is its biggest trading partner, accounting for close to 40% of exports. Earlier this week, Chinese state-controlled media reported that Australian exports of thermal coal – the third biggest export to China would face restrictions. Beijing declined to confirm the reports. It has previously accused Australia of “unfriendly” and “hostile” attitudes towards it.

The expert comments regarding this decline started from CHIIA based East Asian Bureau of Economic Research director Dr. Shiro Armstrong who said that the decline in Chinese investment in Australia outpaced falling global foreign investment last year. “Foreign direct investment fell globally by 42% according to the United Nations (UN),” Dr. Armstrong said in a media release. “UN data is measured differently, but the fall in Chinese investment to Australia was much larger.”

Many of the experts are in a conclusion that the cause of the drop is at least partly due to Australia’s investment settings during the pandemic times. The Chinese companies have invested across the sectors of Australia’s economy in recent years, but last year they only bought into the real estate, mining, and manufacturing sectors.

As a temporary measure, the government announced in March that would subject every proposed investment to survey by Australia’s foreign investment review board. Supporting this a review only applied for “non-sensitive” transactions if the investment was worth $930m, or $213m for investors from the countries without a free trade agreement with the nation. The Australian government also announced additional reforms to its foreign investment laws in July, which added a national security test and allowed the treasurer to cancel deals retrospectively. In August, Treasurer Josh Frydenberg stopped the $600m sales of Japanese beverage giant Kirin’s wholly owned Australian subsidiary Lion Dairy and Drinks to China Mengniu Dairy.

The overall aim was to prevent a fire sale of distressed Australian assets to foreign owners, but it also delayed investments as the FIRB dealt with a backlog, blowing out the review period from 30 days to six months.

The most recent figures come against a reduction of increased diplomatic tensions between Australia and China. Trade ties have been particularly strained since Australia first called for a rigorous investigation into the origins of the global pandemic in April. In response to this China has imposed tariffs or trading restrictions on Australian products such as barley, wine, beef, and lobster. In some cases, the tariffs of wine have been higher than 200%. It is also observed that the tensions have also had an impact on the coal, with dozens of coal ships stranded off China’s coast unable to unload their cargo. This has resulted in a threat alarm in Australia as China is its biggest trading partner handling 40% of exports.

However, Australia’s trade balance with China hit a six-month rise in December, as China’s demand for Australian iron ore made up for curtailment on various other products.

Featured
Share. Facebook Twitter Pinterest LinkedIn Tumblr Telegram Email
Previous ArticleThe Use Of Bitcoin Affects The Economy As Well As Environment
Next Article Unemployability Count Around Airports In The UK Is Above The Average Of The Whole Country, Says MPs.