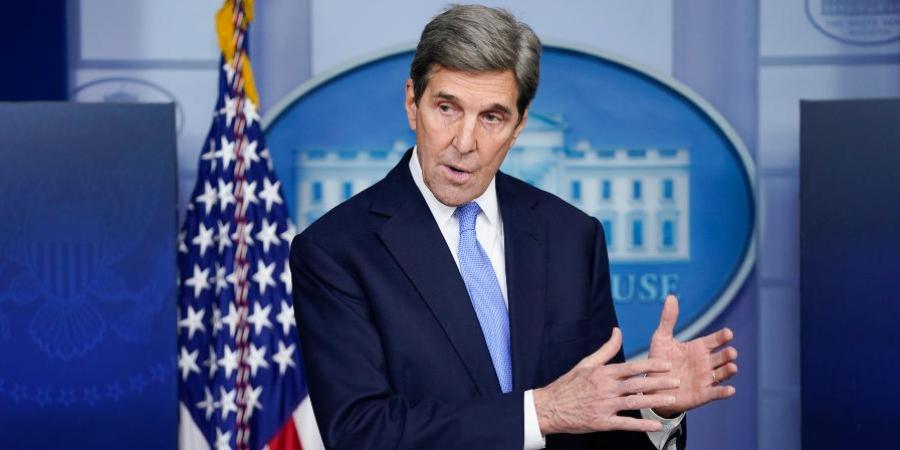 John Kerry, the climate envoy of the Biden administration told CNBC on  Sunday that the climate crisis  was beyond any single country’s  power to solve and the  American push for greater research and development on climate change was not aimed at countering China.

He told CNBC’s Hadley Gamble in Abu Dhabi after the conclusion of the UAE’s Regional Climate Dialogue that no one nation could, by itself, solve the problem and each nation needed all the others to make it happen. As part of the initiative, he also toured the oil-rich Gulf state’s renewable energy facilities.

He added it was about the United States, China, Russia, Japan, Indonesia, Korea, Australia, India, and number of countries emitting a substantial amount, China, and the United States the most.

President Joe Biden’s administration had  accorded key priority to countering  climate and supporting clean energy measures — which included additional charging ports EV, funding of electric vehicles and retrofitting homes and buildings, all aimed at achievement of net-zero emissions by 2050, according to the White House.

According to commentators, the  president’s massive $2 trillion infrastructure proposal if it were to be signed into law, would be among the largest federal efforts of America to curb its greenhouse gas emissions.

Under the plan the U.S. would invest $35 billion into clean technologies.  Another $174 billion would be spent on  an  extensive overhaul of the  country’s EV market. But according to commentators, it could still hardly compare with China’s clean energy research and development spend in recent years.

In 2020 China’s R&D spending surged 10.3% to $378 billion, overtaking the U.S., as per China’s National Bureau of Statistics. China also accounted for around 30% of global CO2 emissions, which was twice that of the U.S.

When asked about the Chinese spending Kerry said it was not a concern for him.

He added he was not worried in the least because President Biden had a plan. Kerry had served as secretary of state during President Barack Obama’s presidency.  Biden was vice president then.

He added that China and the US made up around 45% of all global emissions. According to commentators, adding Europe to the list accounted for around half the global total. They point out that Europe had made greater progress than either the United States or China at fighting climate change.

According to Kerry, three entities needed to work together along with many other countries in a serious effort to reduce emissions.

He added, gas would certainly be needed for a period of time, oil for a transition period. He said the transition [away from fossil fuels] had to happen here. He added, nobody could pretend that one could just wave a magic wand and overnight, there would be renewables everywhere.

China and the US had been in opposition over numerous issues especially on trade, technology, intellectual property and human rights.  According to one research director from Bank of America in early April a “climate war” between Washington and Beijing would follow rivalry around trade and technology.

In March the U.S. and China held their first high-level meeting of Biden’s presidency in Alaska in March. According to commentators, the meeting saw hostility to the extent rare among senior diplomats. But the two countries stood together on one issue-the climate.