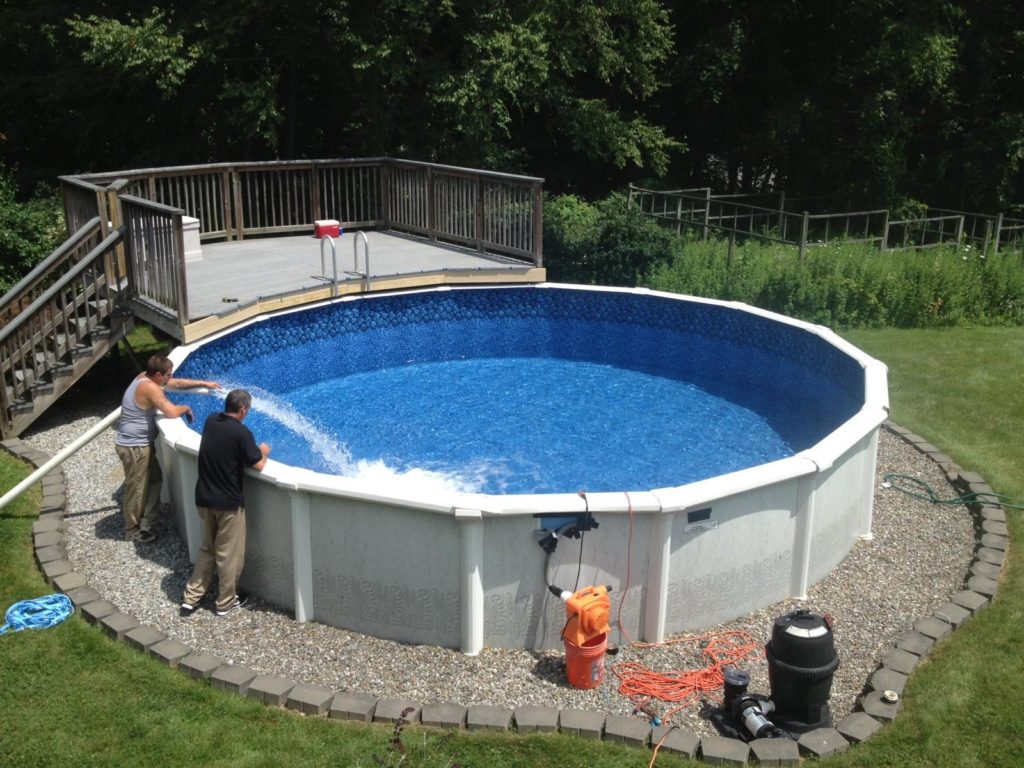 Backyard swimming pools may not be on the list of need to pick up items in the pandemic, but their demand had been surging since the  pandemic erupted, CNBC  reported.

Across the US, hot tub and swimming pool suppliers had been struggling to meet the increased demand, but a backyard pool was not everyone’s idea of a chill spill in view of the costs involved.

But where there is a demand there is an entrepreneur ready to cash in and Ned Gilardino lost no time doing that.

He had a pool that was rarely used by his three older children, so he listed it on Swimply- which is like Airbnb for swimming pools, so it could be  rented out to families near his Aurora, Colorado home for an hour or two. He had not many takers to start with, but with the coronavirus crisis shuttering public pools and just about everything else, he said,  around end-April last year, he started getting emails.

By June, his backyard started filling up with families looking for Covid-friendly activities to pursue. He had to even draw up a waitlist that included 90 names. He said it was absolutely wild.

Being a retired teacher, Gilardino had time on hand to attend to guests and do the between appointments cleaning up. He also walled off the lower floor to let guests use the basement and bathroom for changing, at the same time denying them access to main part of house. He went on  to add backyard games like bocce.

According to Asher Weinberger, chief operating officer and co-founder of Swimply there was a pent-up demand for what they were offering. He added, they succeeded in some ways as Covid made them more relevant.

According to Weinberger’s estimates, the business logged a growth of over 4,000% last year. Swimply now boasted an active presence in every state of the US.

Currently, there were over 3,000 pools listed on the site, with many renting at less than $100 an hour. (On weekends Gilardino’s pools rent out at $60 an hour for up to five people while on weekends they rent  at $45 an hour but multiple bookings came with discounts.)

Swimply’s web platform facilitated the payment and booking process and then charged renters and hosts a fee.

According to Weinberger, who too rented out his own pool on the platform, Swimply now used a third-party insurer to provide coverage for hosts. Also, renters needed to sign a waiver that indemnified the pool owner against occurrence of accidents.

Eric Kollevoll, who owned Kollevoll & Associates, a  Pennington, New Jersey-based independent insurance agency, said it still might not cover all the gaps.

According to Kollevoll, hosts would do well to review that policy carefully with their own insurance carrier and ensure that it covered casualty losses and property damage. He added they needed to make sure medical payments were included in the case someone got injured.

He added, there were various scenarios where losses could occur and they were more frequent around pools.

He suggested buying additional coverage where possible. He said the homeowner needed to be aware that there were significant risks.

According to Pierson Backes, a partner at Backes and Backes another Pennington based law firm, it was one thing to have good insurance and it was another thing to get sued.

He added beyond insurance, pools themselves were terrifying, from a legal perspective.

According to Backes, there was reason for concern that this could change the designation from a family use backyard pool to one that was semi-public.