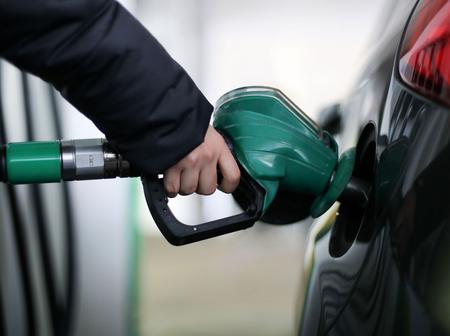 Gas prices rise to 10 to 20 cents a gallon due to the winter storms knocked out about a dozen refineries in Texas. According to experts, gas prices are expected to go up in the coming days. They said that “the national average price of gasoline may jump 10-20 cents per gallon from its current price of $2.54 per gallon over the next two weeks as millions of barrels of refining capacity have gone offline due to the extreme cold in the south”. Gasoline prices are in a sharp run-up since Halloween and possibly heralding a move toward $3 by summer as the pandemic eases. Onlinemedialive.com

This rise in price shows some of the highest prices since 2019 and the highest seasonal prices in over five years. Around 11 refineries in Texas and one in Kansas have at least partially shut down due to the extremely cold weather and the refineries in the south aren’t used to those conditions. Experts say that “every day that these refineries are not operating the country is consuming more gasoline than it produces, swiftly impacting inventories”.  Even though the price increase is expected, the spike will be similar to what occurred in August and September of 2017, when Hurricane Harvey shuttered coastal Texas refineries for days. But there is not expected to be a shortage of gas overall.

According to fuel-saving app GasBuddy and the Oil Price Information Service (OPIS), the refinery outages have removed 3.5 million to 4 million or about 20% of the nation’s oil refining capacity. Patrick DeHaan, head of petroleum analysis at GasBuddy says that refineries don’t work well in subfreezing temperatures. While wholesale gasoline prices have also edged up 10 to 14 cents a gallon and retail prices.

Pump prices for crude oil also jumped from $2.10 a gallon in late November. This makes a surge in crude oil prices in the wake of OEPC production cutbacks and anticipation of a spike in global demand by late spring as a COVID-19 vaccine becomes widely distributed. DeHaan also said that since late October, West Texas Intermediate, the US benchmark crude oil has climbed from about $35 a barrel to $61.

Experts expect higher prices at the pump but ask that people do their best to stay off the road right now and don’t rush to the pump. Reports show that Texas faced a temporary gas shortage after Hurricane Harvey because drivers raced to fill up half-empty tanks, creating an explosion of demand that outpaced supply rather than a natural shortage due to decreased production.