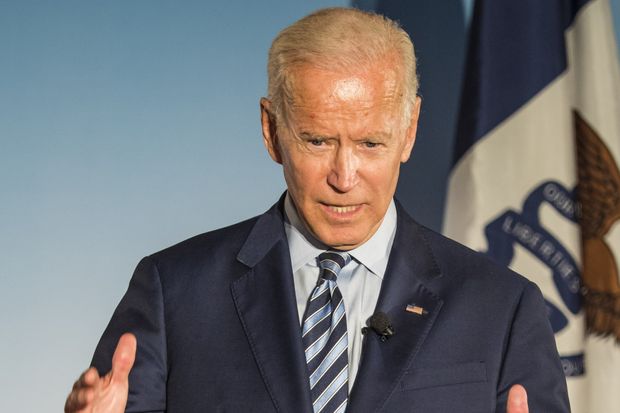 President Joe Biden’s tax reform proposals had drawn advocacy groups from across the political spectrum that are now drawing the lines and taking up positions for the showdown ahead, CNBC reported. The tax reform proposal was expected to heavily tax corporations and wealthier families as Biden pushed ahead with his massive infrastructure plan.

According to one person, who spoke to CNBC, it was shaping up to be the Super Bowl of tax reform. The person who would join the fight requested anonymity so as to speak freely and expected a protracted battle.

In his campaign, Biden stressed his intention to raise taxes on those with incomes over $400,000 a year. He had also called for increasing the corporate tax rate from 21% to 28%. The president also wanted to tax long-term capital gains at the same rates as wages for households with income over $1 million a year.

According to several reports, Biden was considering using those tax increases to partially fund the infrastructure package, which would be expected to cost more than $2 trillion.

The passing of former President Donald Trump’s tax plan had been a  top priority with libertarian-leaning and conservative groups at the start of that administration. The Senate Republican lawmakers had voted yes on the 2017 bill, except Senator John McCain, Republican-Arizona, who was absent due to his battle with cancer.

Now groups opposed to the plan, which included one that had billionaire Charles Koch’s backing, we’re preparing to fight the proposals.

Maintaining the Trump tax cuts had been integral to the Koch network’s agenda for which it had been pushing through its advocacy arm, Americans for Prosperity. Democrats controlled both the Senate and the House by narrow margins, though.

According to the group, a tax increase would put the rebounding economy under undue strain after it had taken a heavy hit to the coronavirus pandemic.

According to AFP President Tim Phillips, who spoke to CNBC, the Tax Cuts and Jobs Act came as a big win for the American people. It had put more of what they earned in their wallets for their businesses, families and communities. He added that any reduction in those cuts or increasing the burden on them would be a further blow to the economy that had been greatly strained, hit wages or workers, jeopardize small businesses, and fall woefully short of funding the wish lists congressional leaders and President Biden were proposing.

The corporate rate had been reduced from 35% to 21% with the Trump tax cuts.

CNBC quoted a person familiar with the matter as saying that AFP had already been engaging on taxes and other economic policies with the senators across the political divide.

Digital ads of one group simply called for no increase in taxes.

Another group, Americans for Tax Reform, founded by Grover Norquist, an anti-tax crusader for years, had been pushing back on tax increase attempts. The group, a staunch supporter of the Trump administration’s tax cuts, was already looking for ways to attack Biden’s plan.

According to Norquist, the group’s president told CNBC that Americans for Tax Reform planned to use regional and national op-eds to convince voters that the Biden tax plan would impact their utility bills, 401(k)s as also other personal items.

He hoped an approach on those lines would put pressure on moderate Democrats to take a stand against the tax proposals or water them down.