Many Of The International Travelers Had To Wait Nine Days For Quarantine Test Kits In The UK. 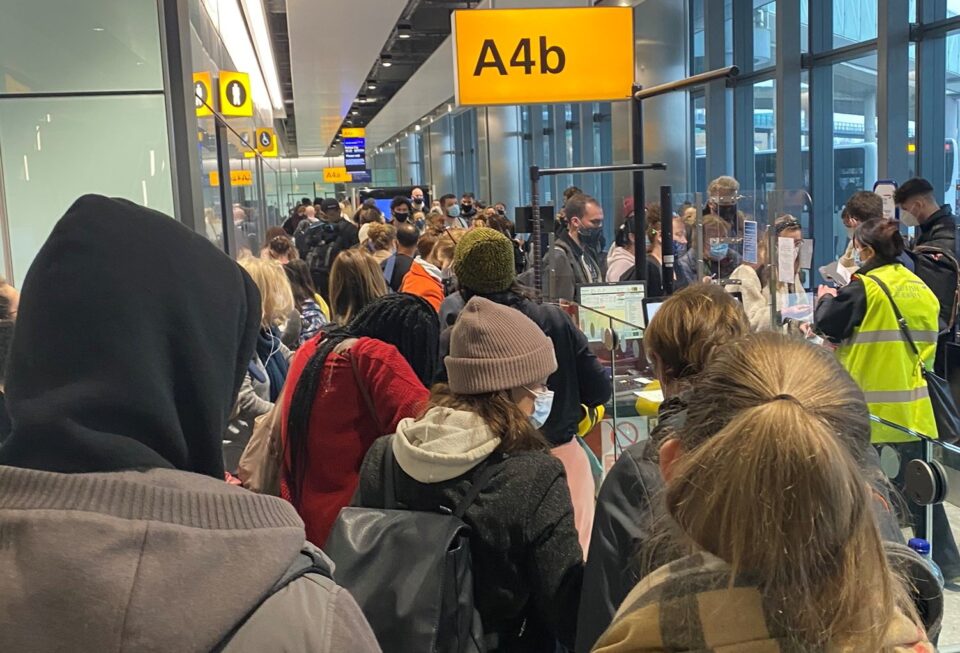 It has been reported that many of the international travelers to the country have waited nine days for getting the test kits that should be taken on the very second day of the total 10 days quarantine period. The new rule was established on the 15th of February that the travelers from non-, red-listed countries must purchase a 210GBP testing kit, with a test taken on day two and day eight of isolation. It is also said by the govt that those who fail to get this done will have to face a penalty of 2000 GBP. A government spokesman has replied to this issue that there are “no specific issues” with the deliveries or fulfillment of the test kits. They have also instructed that customers should receive the test kits, providing the correct details are given at the time of booking. But numerous travelers are also claiming that they have not even thought of arriving without ordering the test kit.! Also, the social media platform for the test kit facilitators, the Corporate Travel Management (CTM) contains other comments complaining about delivery delays.

Many Of The International Travelers Had To Wait Nine Days For Quarantine Test Kits In The UK.

One of the passengers who traveled from Moscow to the UK for work told me he has purchased the test kit on Friday during his arrival. Although he received an email confirming his order, he is still waiting for his tests four days later. He expressed his disappointment by saying “When I called the line said: ‘We are experiencing high volumes of calls’, before dropping,’ he also said his complaint that “I have emailed too but had no response. I can’t go to the pharmacy to buy the test, what are my options?” Mr. Babin described the situation as “very frustrating”.

“Of course, I am concerned that I might get a fine, but if I do, I will challenge it. Why are the government making policies that they can’t administer?” He added. He has now been told by the test provider, CTM, that his kit will be resent.

Lorenzo Calonghi lives in France but returned to the UK in February to study engineering. He booked his tests on 20 February but became worried when he has not received the first test by his second day in quarantine at home. On day three (of home quarantine) he explained the situation he faced I called the company multiple times and was unable to reach them,” he also said ‘I continued to call every day but still never received a callback – nor was my call ever picked up.” He eventually found out by contacting the company on Twitter that his order had been declined, although he had already received a confirmation email and been able to go through UK border controls. He says that the company did not tell him that there was an issue with his payment and nine days on, he still has not received the tests.

Others also had similar problems. Tasadaq Hussain who was returning from Pakistan who has booked the testing package for his wife. When the tests did not arrive, they tried to reach the company. “I was on hold for an hour and a half without an answer,” he says. “We kept trying every day. “Mr. Hussain eventually created a Twitter account and eventually received a response from the firm after eight days. Passengers have complained of queues of up to seven hours long at Heathrow Airport’s border control. One passenger described a mother having to feed her baby on the floor, saying conditions were “not humane”. A union for border control workers said covid security measures designed to reduce infections were leading to inadequate staffing. Heathrow Airport said the government needed to make sure there was enough staff to cope with demand. Alicia, 26, who did not want her surname used, was flying back from Vienna after attending a medical appointment for her leg. But did not get through until 01:30 on Monday. “I felt really unsafe,” she said. “It was really disorganized. One mother had to feed her baby on the floor. It is not humane. “Alicia added: “The staff did not offer any chairs, there was no social distancing. Only about three or four people were checking documents.” Several passengers told the BBC that they had spent five, six or seven hours waiting at the border on Sunday evening with only a few border force officials processing their paperwork.

Featured
Share. Facebook Twitter Pinterest LinkedIn Tumblr Telegram Email
Previous ArticleVolvo Cars To Be Upgraded To Fully Electric By 2030.
Next Article More Than One Million People Are Set To Start Paying Income Tax In The Next Five Years In The UK.