Will People Rush As Earlier To The Cinemas In New York? 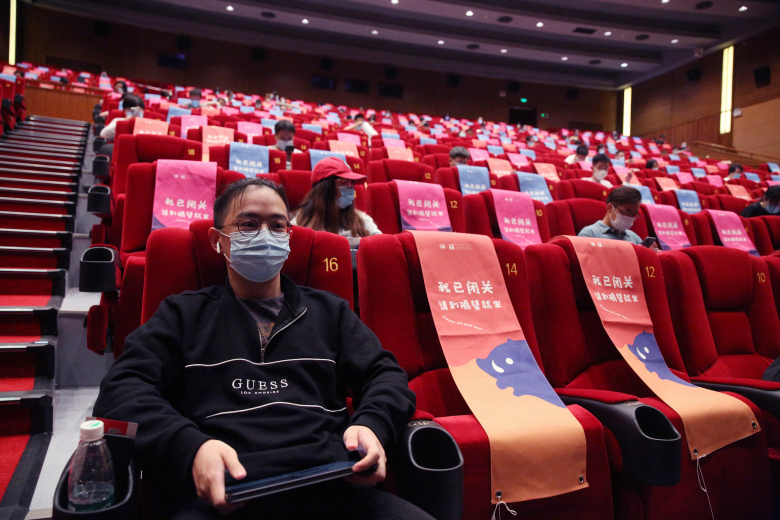 It was very recently the authorities of New York City announced the cinemas could reopen from March 5. As soon as this announcement from official came the 34 years old independent film director and producer Eric thirteen was at his computer getting ready to book tickets for the first film, he could find. The same man had three to four screenings in a week but has been grounded for nearly a year after the outbreak of the global pandemic. This proves how the pandemic affected the film industry and related professionals. Eric captioned this gap “It’s a huge vacuum.” He said that “I could see almost anything right now and I’d probably be thrilled.”

Will People Rush As Earlier To The Cinemas In New York?

The film world is watching to see just how widely shared Eric’s enthusiasm is after the cinemas reopen in New York, Also a key cultural capital in the US and one of its biggest movie markets. There is no doubt that the industry has been devastated by the pandemic, which drove down box office sales by more than 70% globally last year, and more than 80% in the US and Canada, historically the world’s biggest market. The pressure has pushed dozens of smaller cinemas out of business and forced others into bankruptcy. Even though many places in the US have allowed theatres to reopen in some capacity, audiences have largely stayed away, put off by health concerns and the limited titles on offer for the big screen.

But now virus cases in the US are dropping and the vaccination campaign is progressing at a high rate. New York reopening after nearly a year, cinema operators hope that Los Angeles will follow. That might convince the film studios to stop postponing the release dates for the big Hollywood movies that are such a big draw for audiences.

president of Landmark Theatres, a chain of 45 theatres focused on independent films Paul Serwitz says, “New York theatres opening is huge,” he also stated the reopen its New York venue, Quad Cinema, on Friday. But still, Mr. Serwitz is not expecting an instant rebound when especially with current rules in New York limiting capacity to 25%, or less than 50 people, per screen. The company has closed its other New York location last summer, without clear plans to reopen. In other cities, traffic at the company’s open theatres remains “paltry” – down 90% or more compared to what it was before the pandemic.

He also added that “The hope is to start driving business and to get people back in the habit and enjoying the experience and realizing that it’s safe and keeping our losses to a minimum until business conditions allow for a more sustainable operation,” “We’ve had a lot of false starts and hopes being thwarted around people returning to leisure activities and the movie theatre specifically,” he marked his opinion and continued “I have hopes that by the time we get to mid-to late-spring, we will see a different reality.”

On the other hand, Scott Rosemann who oversees theatres in several US states for Reading International expressed his gratitude by saying already there are encouraging signs and the company runs more than 55 cinemas in the US, Australia, and New Zealand, including three in New York under the Angelika brand. He opinioned that “In other markets when we first opened, we knew people were reluctant to come back. But some of his upcoming screenings in New York are sold out already. “It’s exciting,” he continued. “We just feel like there’s strong pent-up demand.”

Paul Dergarabedian, the senior media analyst at ComScore, which tracks movie-going around the world, says the movie industry’s recovery cannot start without reopening in the New York City and the Los Angeles markets. Together, the two areas account for more than 10% of North American ticket sales and as powerhouses of film production and media buzz, they cast an even longer shadow. Their closures have even held up rebound overseas, where many markets rely on Hollywood movies, he opinioned. He also said the “The sales percentage that they represent belies the fact of how important symbolically and culturally they are,” he says. “It’s just incredibly essential to the industry that these markets open for the business to come back.” But the challenges facing the cinemas go beyond the shutdowns. Since the announcement that New York City theatre restrictions would clear, several operators like both major chains like Cineworld’s Regal Cinemas and small independent venues like Film at Lincoln Center and the Spectacle, a tiny collectively run cinema in Brooklyn have opted to stay shut or announced later start date, citing health risks. Top of all the pandemic has also spurred changes that will be difficult to reverse, boosting the streaming services that threatened before the virus and pushing companies like Disney to explore new ways of releasing movies that bypass cinemas altogether.

While checking the actor’s side response bartender and actor Dave Marr says even though he had a rough and dry year due to pandemic still he has held off buying tickets to see how reopening goes, he is planning to book in the next few weeks.

the 28-year-old man said, “Obviously, there are more important things than going to the movies,”. “I’m just ready to go do something and this to me seems reasonably safe and inexpensive.” He opinioned.