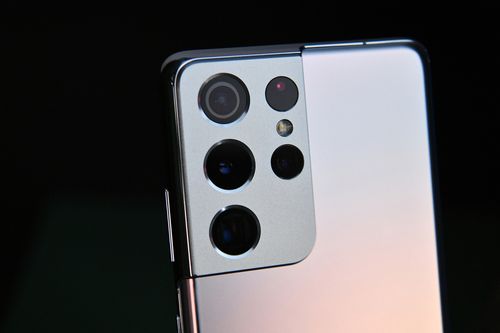 But Samsung is taking a different route with the co-creation of a six-part series for Hulu which  would see eight photographers use the company’s Galaxy S21 Ultra 5G phone to click photos and compete for a $250,000 prize.

The S21 Ultra, which the company launched in January, carried $1,199.99, price tag making it a high-end smartphone in a hugely competitive market. It was only three months back that Apple’s first 5G-enabled iPhones (with the most expensive starting $1,099) hit the market.

With internet users now skilled at blocking, muting, or skipping advertisements, Samsung hoped its new show would be seen as a novel way of getting the device in front of consumers.

“Exposure” as the series is called, runs on the lines of other reality shows featuring competitions like “The Great British Baking Show” or “Project Runway”. But Exposure was created for the showcasing of a specific project, and not to focus on competitors’ talents.

Janet Lee, Samsung mobile marketing vice president, wrote in an email that the company’s goal was to inspire viewers to discover their own creativity using smartphone camera technology — the primary way people shared their everyday lives as they connected with friends and family.

According to commentators,  “Exposure” went  beyond the basic product placement that viewers typically saw in streaming shows or TV. They added if the trailer was any indication, it might be hard for viewers to identify that Samsung was behind the project. According to creators, they wanted to be subtle with branding, so overt, “Sponsored by Samsung” signaling was consciously avoided.

According to William Swann, head of entertainment at BBH LA, the marketing agency Samsung had  worked with for a long  time, and which helped create the series, they treated technology as the ethos for the show.

The series was set to debut on Hulu from Monday.

According to Samsung and BBH  LA, the camera features of the S21  Ultra made it a natural fit to be featured in a photography competition.

According to Swann they were learning about the device’s great  attributes and  thought  about creating a  format that basically took the product and treated it as IP.

The S21 Ultra featured four rear cameras: a 12-megapixel ultra-wide lens for a group shot or landscape shooting, a wide-angle 108-megapixel lens that gave it color accuracy and clarity along two 10-megapixel telephoto lenses that worked together to zoom even deeper into shots.

According to Samsung the artificial intelligence features could help users shoot better photos, it had tools that could help with high-quality photo capture in low light and convert 8K video into still image.

Swan said he did not think the show could have existed 10 years ago, because mobile photography technology was not advanced enough.

He added now one could now use the camera in one’s pocket for shooting an Oscar-winning film.

Each episode involved photo challenges that were two themed, such as and “bodies in motion,” #ThrowbackThursday meant to highlight the camera’s different features. Contestants would be judged by professionals of the industry including skate photographer Atiba Jefferson and “Inception” cinematographer Wally Pfister.

Samsung and BBH partnered with Westbrook Entertainment of Will Smith and Jada Pinkett for the series’ production.

According to commentators, if Exposure sounded like an elaborate and expensive way of marketing a new device, that was because it probably was so. The show’s creators preferred to not disclose the cost, but according to Swann he expected the show to yield a long-term, more significant, payoff than, for instance, what could be expected from a TV ad that ran a few weeks.