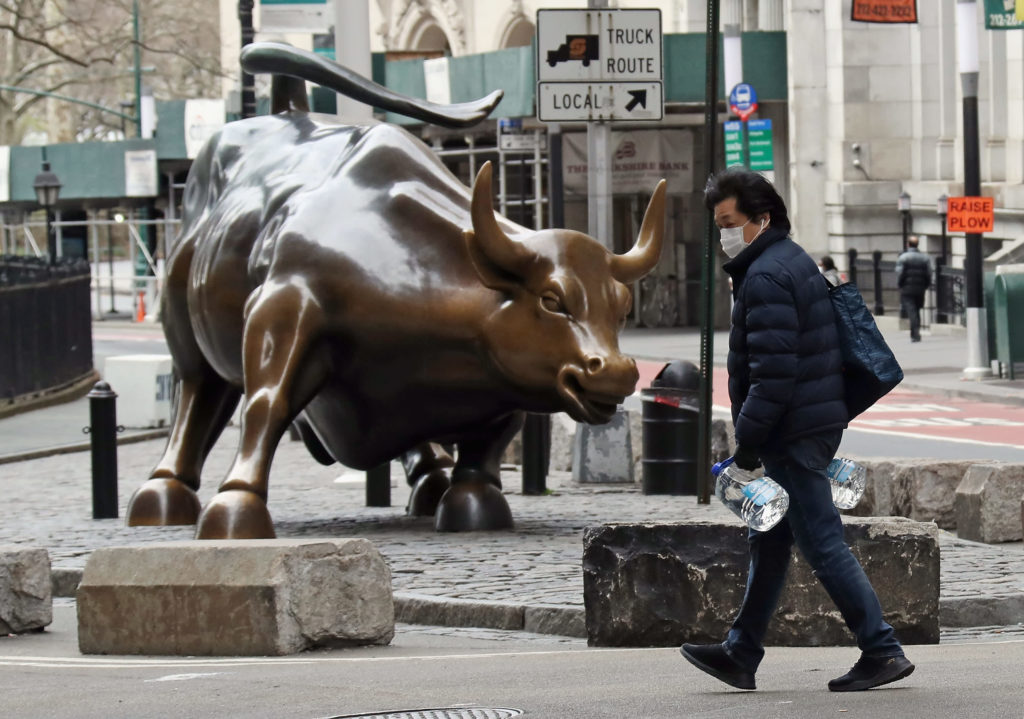 The futures market movement came after the Dow Jones Industrial Average closed at a record level which was yet another record close as it gained nearly 300 points ending at 33,800.6. Gaining 0.8% the S&P 500 registered its third straight record close.

Many of the gains last week came off stocks linked to the recovering economy with accelerating vaccinations efforts throughout the U.S.

The S&P 500 and the Dow were up at least 2% last week, while the Nasdaq rose 3.1% in the same period as big tech names were snapped up by traders.

As the first-quarter earnings reporting season gets underway this week, with broadly positive news expected and an upbeat outlook for U.S.  equities

Many of the largest US banks are expected this week’s report to report results for the three months ended March 31.

This week would also pack in Federal Reserve speeches and key economic data with a keenly anticipated inflation reading Tuesday, with the release of the consumer price index.

For starters, the chairman of the central bank, Jerome Powell, appeared in an interview  on  CBS News’ “60 Minutes” that aired Sunday evening.

Powell reiterated in the interview that the Fed wanted to see inflation increase above 2% over an extended period before officials moved in increase interest rates.

He said the Fed wanted to see inflation rise up to 2%  and the Fed meant that on a sustainable basis, not only tapping the base once, but then it would also like it on track to move moderately above 2% for some time.

He said that on strong fiscal support and an accelerated Covid-19 roll out, the U.S. economy appeared to have reached a turning point. He added what was evident now was really an economy that seemed to be at an inflection point.

Powell would also speak Wednesday at an event organized by the Economic Club of Washington.

Investors would also keenly follow President Joe Biden’s effort to push a major infrastructure proposal, called the American Jobs Plan. Biden  with other Democrats had promised a wide ranging  overhaul of the  infrastructure in his 2020 elections pitch. Biden, in a meeting with a bipartisan group of lawmakers on Monday to try to persuade support on Capitol Hill for the $2 trillion package.

Congress was set to return to Washington this week and would be in session for the first time since Biden presented his proposal, which provided for billions of dollars for roads, airports, broadband, bridges, electric vehicles, job training and housing.

According to Evercore ISI equity strategist Dennis DeBusschere’s  email, a  positive fiscal shock, a large stock of savings, strong housing tailwinds, and the Fed allowing inflation rise above 2% marked a fundamentally different economic backdrop.  He added that US data would be expectedly strong this week with increasing US vaccination numbers. Real rates were still too negative and were headed higher, with support to risk-on factor outperformance.

The president’s plan also sought an increase on the rate of corporate tax to 28% along with a crackdown on strategies to avoid tax  overseas.

The Associated Press reported that in the wide-ranging interview, Powell said that the Fed was studying the development of a digital dollar, but had not yet taken a decision on proceeding. Last month, Powell said, the central bank would not issue a digital currency without Congress’ approval.