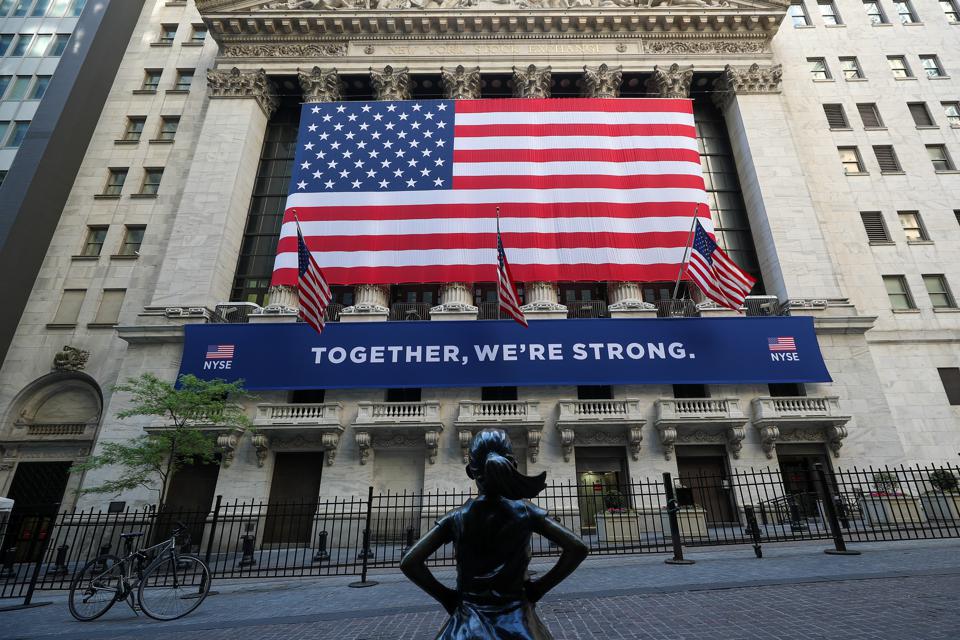 The Dow was up 10 points after registering an intra-day high at the open. The Nasdaq Composite rose 0.1 %, while S&P 500 traded flat.

The gains were led by stocks that are expected to benefit most from a swift economic resurge. United Airlines and American Airlines shares were up 6% and 9%, respectively, with Boeing and Gap adding 1.7% and 1.3%.

According to commentators, the recovering economy would likely get a significant boost from the $1.9 trillion stimulus package that became law last week. Meanwhile, the IRS had taken up processing $1,400 direct payments for millions of Americans.

The 10-year Treasury yield traded around 1.61%, Monday, after hitting its highest level in over a year on Friday. The strong bond yields had dampened sentiment for growth stocks in recent weeks, with investors moving to the market’s cyclical pockets.

According to Jim Paulsen, chief investment strategist at the Leuthold Group, bond yields remained the primary risk facing the stock market. He added, they were, however, calm so far this morning, and with the speed of their recent advance stalling, investors would focus on just how low yields remained overall.

David Kostin, the chief US equity strategist at Godman, wrote in a note that investors would need to continue grappling with the anxiety about economic overheating and the tightening by Fed that the markets had seen in recent weeks. He added it was believed that it would be possible for equity valuations to digest 10-year yields of roughly 2% without much difficulty.

According to commentators, investors would be positioning for Wednesday with the Federal Reserve set to decide then on interest rates. Bond pros, too, were focused on the Fed action to see whether interest rate outlook would be tweaked, which now discounted any hikes in rates through 2023.

Regarding the vaccine, in the last week, Biden announced that he would direct states to make all adults eligible for the vaccine by May 1. He further set a goal for Americans to be able to gather in person with their friends and loved ones in small groups for the Fourth of July celebrations.

Meanwhile, in a separate report, CNBC reported that GenMark Diagnostics (GNMK) would be bought by Roche, the Swiss drugmaker, for $1.8 billion cash consideration or  $24.05 per share. The US-based molecular diagnostic test maker shares had on Friday closed at $18.50 per share. Premarket action saw GenMark surge 29.2%.

The report added that stocks of Penn National Gaming (PENN), XP Semiconductors (NXPI), Caesars Entertainment (CZR), and Generac (GNRC) would join the S&P 500 as part of the quarterly rebalancing of the index. NXP vaulted 8.1% in premarket trading, while Penn shot 5.8%, Generac rose 3.6%, and Caesars gained 4.8%.

The report added further that Carnival (CCL) CEO Arnold Donald told the Financial Times that he saw at least two tough years ahead for the cruise industry. He added that the cruise line operator was looking to sailing its full fleet by the end of the year, but it would likely not happen until 2023 that revenue would return to pre-Covid levels. Carnival was up 1.2% in the premarket.