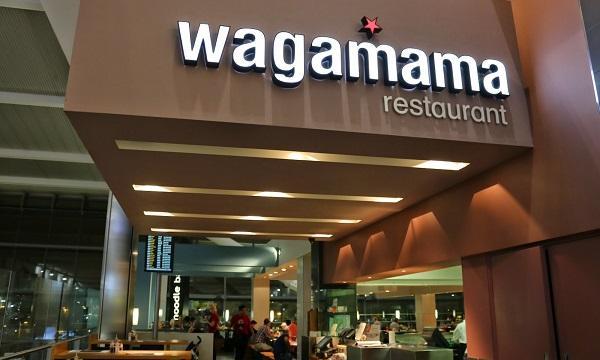 The restaurant bigshot and owner of Wagamama is seeking to raise millions of pounds after many of their restaurants had to close their shutters in the middle of lockdown guidelines. The restaurant group (TRG) will seek to raise 175m pounds from its shareholders to pay down debt and use it as a buffer in case of any covid resurgence. The owner of one of the biggest restaurant chains in the country opinioned that the pandemic had presented “enormous challenges” for the sector. Total sales dropped by 57% to 459.8m pounds in 2020 as many TRG sites were closed. Also, the dented sales and pandemic costs meant the group, which also owns other restaurant chains such as Frankie& Benny’s reported an approximate 127.6m pre-tax loss last year while comparing to a 37.3m loss in 2019.

It added that its short-term outlook remains “uncertain” while lockdown restrictions remain in place. The Chief executive Andy Hornby said that TRG has “responded decisively” to restructure the businesses while preserving the “maximum number of long-term roles for our colleagues”. He also said that “Whilst the sector outlook remains uncertain, and we are mindful of continuing restrictions across the UK, we are confident that the actions announced today will allow us to emerge as one of the long-term winners.” Under the prime minister’s current “roadmap” for easing lockdown restrictions, hospitality venues will be able to reopen for customers dining outside 12 April at the earliest, with indoor dining set for 17 May. Also, during the pandemic we have witnessed a reconstruction by the TRG by closing about 250 sites, which largely affected staff across its Frankie & Benny’s, Chiquito, and Food & Fuel brands.

It also bothered investors for cash last April, raising £54.6m from a share placing. The firm, which now has about 400 restaurants, pubs, and concessions, said the additional funds it planned to raise would be the “last step” in the restructuring plan as it prepares to reopen sites once restrictions lift.

On the other hand, England and Scotland have set out dates for when pubs and restaurants may be able to reopen again, as the vaccine roll-out protects an increasing share of the population. Hospitality venues across most of the UK are currently closed as part of the national lockdown, although they can offer takeaway food and drink within certain restrictions.

Also, the end of last month the govt has announced some of the earliest dates for hospitality reopening were as on April 12 restaurants and pub gardens will be allowed to serve customers sitting outdoors including alcohol and the customers can meet in a group of up to six people from different households; a maximum of two households can meet to form a group of any size.

Susannah Streeter, senior investment, and markets analyst at Hargreaves Lansdown said that it could take some time for pent-up demand to “unleash” as restaurants reopen. “Many of The Restaurant Group’s sites have limited outdoor seating so are unlikely to fully benefit from the phased opening of the hospitality industry from 12 April,” she said.

“The cash injection from this latest rights issue will give it some breathing space but there may well be more restructuring pain to come, as a slimmed-down version of Restaurant Group emerges from the crisis.”

It is also said the Wagamama delivered “exceptional” like-for-like sales growth when it was open for dine-in trading and that the Wagamama restaurants operating takeaways and delivery services saw sales two and a half times higher than pre-Covid levels.

Separately, the owner of delivery giant Just Eat said on Wednesday that it expected orders to ramp up further in 2021. Dutch-based Just Eat Takeaway.com reported a sharp increase in sales of €2.4bn in 2020, up 54% from €1.6bn the previous year. It said this was due to a 42% leap in online orders. UK food orders increased 35% over the year and the group said this had accelerated further under current lockdown measures. Just Eat Takeaway said UK orders were 88% higher in the first two months of 2021, with delivery orders up by more than 600% compared with a year earlier. Partnerships with chains such as Greggs and McDonald’s were particularly popular with UK customers, it added. However, despite the high demand for home deliveries, the platform reported a pre-tax loss of 147m euros against €88m in 2019. It said the figure reflected costs associated with the group’s takeover of Grub Hub in the US and the merger of Just Eat with Takeaway.com. Richard Hunter, head of markets at Interactive Investor, added that a “number of potential clouds” could be on the horizon for the group. He marked his opinion by saying “Competition in the space is intense and, in the post-pandemic world, it is impossible to guarantee that its business model will continue to generate such strong growth as the easing of lockdown restrictions allow the global population to visit restaurants in person once more,”

On the other hand, it was last month the report came that the Takeaway firm Deliveroo and 300 restaurant groups are urging the government to run Eat Out to Help Out again when restaurants finally reopen. They said the discount scheme, which gave 50% off meals in August, would boost demand for ailing restaurants. They also said another urgent support was needed to stop “viable” hospitality firms from failing despite optimism about the vaccination program. It came as one worried pub boss called for pubs to be reopened by April. Young & Co’s Patrick Dardis accused the government of a “lack of respect” for the sector and of basing the decision to close pubs on “unproven” science – a claim which experts dispute.